Getting started with RTEMS on Beaglebone black - part I 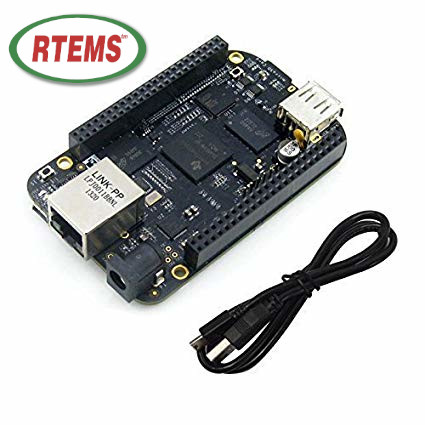 This is the very first post on the blog and what better way to begin a blog than a getting started post.

Firstly we’ll walk through the process of building the RTEMS using RTEMS Source Builder to build the toolchain for arm and then build the beagleboneblack bsp.

There’s a sequence of commands that we’ll be following and also discuss the command optins that we used.

The above commands create a development directory and clone the rsb repo. Then we’ll move on to building the toolchain.

Now we have cloned the rtems source, we can move on to bootstraping the rtems source, but before that we must set the PATH to include the RTEMS bin directory, to ensure that the right tools are used during the build process.

After a while of processing, this will build the Board support package.

That was the end of the first part, in the next part we’ll discuss how to get an sd card image of an rtems exe file, and run it in the BBB. Thank you for stopping by and don’t forget to comment if you have any kind of questions related to the post.

Getting started with RTEMS on Beaglebone black - part II